“Leave nothing to the uncertainty of procuring a warlike apparatus at the moment of public danger.” George Washington Fifth Annual Message to Congress 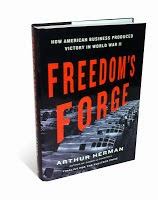 Freedom’s Forge by Arthur Herman is a celebration of people who know how to build things. The book is filled with characters that seemingly came from Ayn Rand’s novel Atlas Shrugged … except these Americans were not fictional. They were real industrialists and miracle makers. In 1939, the United States possessed only skeletal armed forces, ranking eighth in the world behind tiny Holland. Production plants in the United States had become obsolete or run down by depression and harmful tax policies. America was ill-prepared for war and did not have factories that could change the situation. By 1942, from this standing start, American industry was producing more war materials than Germany, Japan, and Italy combined, and by the end of the war the United States had manufactured two-thirds of all war materials used by the Allies.

New York Governor Andrew Cuomo signed a bill to join the National Popular Vote compact. This brings the total number of states adopting the initiative to eleven. The movement is an attempt by political power brokers to circumvent the Constitution by promising their state’s total presidential electoral votes to the winner of the national popular vote, instead of awarding the votes to the state winner.

As of now, New York, California, the District of Columbia, Hawaii, Illinois, Maryland, Massachusetts, New Jersey, Rhode Island, Vermont and Washington have joined this insidious compact. In plain terms, this means that if Vermont citizens vote for candidate A, but candidate B wins the national popular vote, Vermont citizens are disenfranchised because Vermont’s electoral votes will all be awarded to candidate B.

As the list of states indicates, this is a raw power grab by big city machine politicians. Under this compact, they will have the power to appoint the executive branch.

The Three Clauses That Have Caused Much Mischief

The Founders wanted to bequeath to posterity a straightforward government that inhibited the abuse of power. Their written words remain clear. Certain politicians and judges have skewed their meaning to do what they want, but most of the harm can be attributed to three clauses:

It is nonsensical to assert that the Founders meant for any of these clauses to license general national authority. 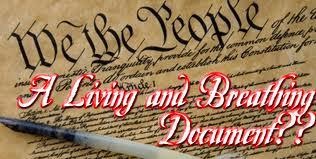