Constituting America has initiated its eight annual 90-Day Study. This year, the study is titled Fire on the Floor, and looks at the "Founders’ vision and purpose for a legislature that belongs to, is comprised of, and serves the American people." The essays have already started posting, so take a read here.

I've agreed to write essays on these five subjects.

Gouverneur Morris has some advice for modern Americans

Most Americans don't recognize the name, Gouverneur Morris. They should. Morris is often called the Penman of the Constitution. He took a jumbled mess from the Committee of Detail and crafted the eloquent Constitution we know today. As a preeminent Founder and Framer, he did more than wordsmith the Construction. Among other things, he spoke at the Constitutional Convention more than any other delegate (173 times).

He had a lot to say, and most of it remains relevant today.

Mr. GOVr. MORRIS. The lesson we are taught is that we should be governed as much by our reason, and as little by our feelings as possible. What is the language of Reason on this subject? That we should not be polite at the expence of prudence … as every Society from a great nation down to a club had the right of declaring the conditions on which new members should be admitted, there could be no room for complaint. As to those philosophical gentlemen, those Citizens of the World as they call themselves, He owned he did not wish to see any of them in our public Councils. He would not trust them. The men who can shake off their attachments to their own Country can never love any other. These attachments are the wholesome prejudices which uphold all Governments …”

In a few words, Morris cautioned against being governed by feelings, spoke against political correctness, agued that a nation had the right to determine who became citizens, and explained why he distrusted “Citizens of the World.”

On Transmigration Reviews Tempest at Dawn

In an article titled "Books: An Observation," The Cajun writes: 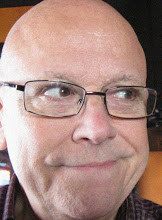 "The only new title that knocked my socks off is "Tempest at Dawn" by James D. Best, published in 2009.  I've finished it and plan to read it again, after a spell.  There is a lot there to absorb and enjoy.  I know I missed many things as I read it quickly - it's a compelling read - and the second time I plan to read more slowly and savor each character, and there are many historic figures involved. I also began looking up his other works and maybe add a few of them to my collection.

The book brings our founders to life with great writing, historic accuracy and amazing wit."

Thanks for the kind words.


You can read the complete article here.