I Owe a Great Debt to One of The Founding Fathers 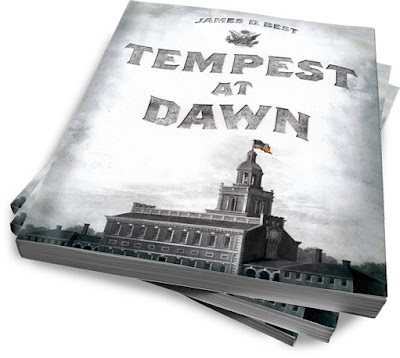 For Constitution Day, Steve Bartin wrote an American Thinker article about Roger Sherman, my favorite Founding Father. Sherman was a powerful influence on our founding and his progeny have been exceptionally influential in our nation’s history. I’m biased, course. In writing Tempest at Dawn, I wanted to present a personal perspective on the major conflicts at the Constitutional Convention. I stumbled around with a few different approaches until I decided to alternate point of view between James Madison and Roger Sherman. Each chapter would switch between these two characters to give the reader a personal as well as fact-based perspective. It worked far better than I expected.

Roger Sherman and James Madison provide a great contrast. Sherman was one of the few who could look the tall George Washington straight in the eye, while a wag described Madison as smaller than a used piece of soap. Sherman was the second oldest delegate and Madison among the youngest. Sherman was an abolitionist, while Madison owned over one hundred slaves. Sherman was taciturn, while Madison was talkative. (Sherman once dedicated a bridge by stomping on it, remarked that it appeared well built, and then walked away.)

Okay, that's a bit self-serving, but if you want to understand the Constitutional Convention, Tempest at Dawn is a good place to start. The novel accurately portrays the convention proceeding and the lifestyle of the delegates who attended. If you prefer a nonfiction account, then I recommend Decision In Philadelphia by Christopher Collier. 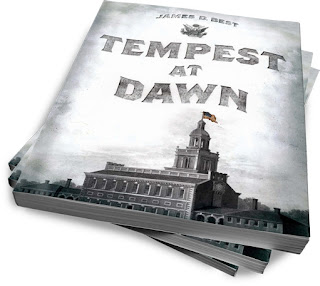