Who were the Founders?

Who wrote the Constitution of the United States? 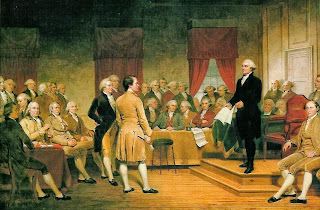 The short answer is that Gouverneur Morris wrote the Constitution, with editing help from other members of the Committee of Style, but all of the delegates influenced the final document.

A few of the fifty-five delegates to the Constitutional Convention were household names. George Washington presided over the convention. James Madison, Roger Sherman, Benjamin Franklin, Alexander Hamilton, James Wilson, and George Mason were all key delegates. Most of these men knew each other from years of politicking or war.

They were honorable men—in a day when honor defined a man. They sequestered themselves for four months in a hot, closed room and argued endlessly over every detail of the government plan. They often talked about future generations. They insisted on liberty for themselves, but also wanted a system that would be safe for generations to come.