Are the Founders Worthy of Our Admiration?

“Threading an idea into the slipstream of politics, then into government, then into history ... is a craft which I have since come to consider the most important in the world.”  Theodore White, In Search of History

The Founders of the United States lived over two hundred years ago in a completely different world. Some dismiss the Founders by saying that most were wealthy and many owned slaves. Let’s leave aside for a moment whether those are valid reasons to dismiss the Founders. These criticisms may be true for some of the more prominent Founders, but they are woefully misleading when applied to the great body of people who committed everything to the idea of self-government. 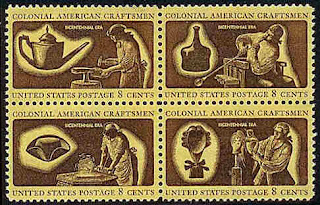 The Founding of this great nation was unique. Up until 1776, with a few brief exceptions, world history was about rulers and empires. The American experiment shook the world. Not only did we break away from the biggest and most powerful empire in history, we took the musings of the brightest thinkers of the Enlightenment and actually implemented them. Our Founding was simultaneously an armed rebellion against tyranny, and a revolution of ideas—ideas that changed the world.

For our purposes, let’s define the founding as extending from the Stamp Act through the first administration of George Washington. This would include the development of a revolutionary spirit, the revolution itself, a few non-war years under the Articles of Confederation, the adoption of the Constitution, and Washington’s first term, which set so many precedents. Who were the people involved in these events?

First off, it was a lot of people.

If you eliminate those who served in multiple roles, there were still 488 people who could rightfully claim a Founder’s role. And that’s not nearly all. Over 120,000 served in the Continental Army. There were also state legislatures, governors, and delegates to the state Constitutional ratification conventions. Thomas Paine, George Whitefield, Noah Webster, James Otis Jr., and hundreds more contributed to the founding through writing or sermons. 51 women from the Society of Patriotic Ladies at Edenton, North Carolina, signed a revolutionary statement. Esther Berdt Reed organized women in Philadelphia to raise $7,500 dollars, an enormous amount at the time. Women defended their homes against the British and Native Americans troops; some women served as spies; Catherine Van Rensselaer Schuyler burned wheat fields around Albany, NY, to prevent British forces from harvesting them; Mary Katherine Goddard printed the first official copy of the Declaration of Independence, and paid post riders to carry it throughout the colonies. A few women actually participated in battles.

The population of the United States during this period grew from 2.4 to 4 million. During the war, probably over a million people thought of themselves as contributing to the cause. Once the Constitution was presented to the nation, the entire population participated in the debate in halls, taverns, and churches.

They knew they were doing something historic. John Adams said, “The lives and liberties of millions yet unborn are now before us. We are in the very midst of a revolution the most complete, unexpected and remarkable of any in the history of nations.”

Are the Founders worthy of our admiration? We owe them more than admiration: we owe them our attention. They were educated about governments systems, debated endlessly on the subject, and came to a national consensus on the best form of government that would protect liberty and enrich lives. Most were not rich, but those that were committed their fortunes and life to a revolutionary idea.

The Founders bequeath to us a system of self-government, but they also gave us a loftiness of purpose that has continued to expand liberty. It is that idealism and sense of fairness that has made this country great. It’s easy to denigrate their societal inequities, but the Constitution included a way to change and evolve. The people have used the amendment process to add a Bill of Rights, end slavery, give women the right to vote, and institute several other expansions of liberty to all citizens.

Yes, they deserve admiration, and our eternal gratitude.  Let’s honor their legacy by studying their deliberations and continuing to work within our Constitutional framework.