How to protect our rights

“We hold these truths to be self-evident, that all men are created equal, that they are endowed by their Creator with certain unalienable Rights, that among these are Life, Liberty and the pursuit of Happiness.” Declaration of Independence.

As reflected in the Declaration of Independence, and other writings of the period, the Founders believed that rights came from God, not the government. The Founders didn’t believe that governments bestowed rights, nor did they believe governments were an agent to protect rights. 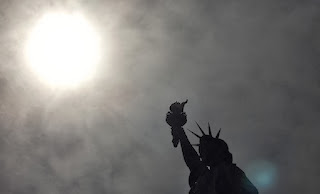 When the Constitutional Convention convened in 1787, the delegates had to figure out how to protect rights and personal liberty from an oppressive government. They knew that rights were fragile. They can be suppressed by force, gradually eroded, or simply lost through neglect.

The original Constitution didn’t include a Bill of Rights. The delegates didn’t believe one was necessary. In their mind, rights were not protected by words, but by limiting governmental power. Montesquieu and Hume advocated separation of power into three equal branches, with each branch having potent checks on all of the other branches. Although this was a well-established theory at the time, no national government was designed along these principles, and existing state constitutions gave overwhelming advantage to the legislature.  Delegates to the convention believed that if they could architect a system consistent with the separation of powers doctrine, give the national government only enumerated powers, and effectively set up the states as checks on the national government, then the national government wouldn’t be able to trample rights or intrude into peoples’ lives.

A bill is a list, but the Bill of Rights is not a catalog of government guaranteed rights. These ten amendments remained consistent with the Founding principles. Read the first eight amendments. They are filled with phrases like Congress shall make no law, shall not be infringed, shall not be violated, nor be deprived, shall not be required. These are not rights generously bestowed by government, they are directives from We the People to the government—orders to stay away from our natural rights.

9th: “The enumeration in the Constitution, of certain rights, shall not be construed to deny or disparage others retained by the people.”

10th: “The powers not delegated to the United States by the Constitution, nor prohibited by it to the States, are reserved to the States respectively, or to the people.”

Rights cannot be abridged unless government possesses unchecked power. Our American heritage is to fear concentrated power, so those who wish to seek control have convinced many that it is the government that grants and guarantees rights. They are in essence saying that there is nothing to fear here—the government makes you free and it can even enlarge your freedoms.

Except that this has never been true in the history of the world. Oppression always come from government. To protect our rights, we need to:

Last, but most important, we must insist that the people in government do not pretend to bestow rights and largess to remain in power.