Throughout history, new nations have come into being because of conquering armies, internal rebellion, or the edict of a great power. Although the United States of America was conceived in revolt, our governing institutions were born in calm reason. Our Constitution comes from a convention and ratification process where reasoned debate eventually led to a decision by a large segment of the population to put a new government in place. 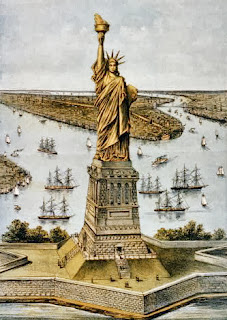 Our founding was unique, and the type of republic we formed was profoundly foreign to most of the world. With a few brief exceptions, world history until 1776 was written about kings and emperors. The American experiment in self-government rudely shook up a world used to rule by nobility. Not only did we break away from the biggest and most powerful empire in history, we took the musings of the brightest thinkers of the Enlightenment and implemented them in the New World. Our founding was simultaneously an armed rebellion against tyranny and a revolution of ideas—ideas that changed the course of world history.

It doesn’t take much study to conclude that early Americans held dear a few key principles, and risked their lives, families, fortunes, and honor to build a republic based on those very same principles. Washington, Franklin, Jefferson, Madison, and most of their contemporaries believed they had witnessed and participated in events that were more than merely unusual. Our forefathers repeatedly said that the founding of the United States of America was truly historic—a unique event in human history.


The origins of the American republic followed on the tail end of the Age of Enlightenment, and the founding of the United States served as a crescendo for that great intellectual movement. It could have happened no place else on earth. The American continents represented a fresh start for the whole world, and in the late eighteenth century, a confluence of historic magnitude occurred along the eastern seaboard of a vast wilderness.

Our forefathers bequeathed to us more than a republic. They willed to us an enduring constitution that incorporates more thought and brainpower than any document ever written by man. After fifty-five convention delegates worked ceaselessly for four months, three million people argued about it for up to two years, then it was ratified by conventions of the people, and after it was put in force, Congress immediately acceded to popular demand by proposing ten amendments that restricted the government from abridging the rights of the governed.

Alexander Hamilton wrote, “If it were to be asked, ‘What is the most sacred duty and the greatest source of our security in a Republic?’ The answer would be, an inviolable respect for the Constitution and laws ... A sacred respect for the constitutional law is the vital principle, the sustaining energy of a free government ... [T]he present Constitution is the standard to which we are to cling. Under its banners, bona fide must we combat our political foes—rejecting all changes but through the channel itself provides for amendments.”