“I have accepted a seat in the House of Representatives, and thereby have consented to my own ruin, to your ruin, and the ruin of our children. I give you this warning, that you may prepare your mind for your fate.” John Adams

Why is it so hard to cut government spending?

There are just so many reasons. Here're the top ten excuses carried on a 3x5 card by nearly every politician. 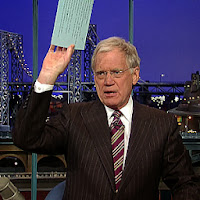 It was a grand idea to give local government grants so we could hold police and firefighter jobs hostage.

9.       A single mom in Gibbon, Nebraska wrote me that this cut would devastate her family.

8.       People are entitled to benefits they paid for their entire life.

These same recipients voted for politicians that spent their supposed nest egg.

Joblessness and misery will go through the roof if we cut spending now. We should actually spend more.

6.       Cutting spending will shut down the entire government.

There is not a single dime of spending we can cut without a veto, filibuster, or caucus revolt.

We’ll pretend that every dime of defense spending finds its way onto the battlefield.

We'll meet for drinks this evening and chat about keeping our respective bases in line.

Our astronomical spending is sure to pay massive dividends in the future.

Please forget that we made those laws.

And the number one reason Congress can’t cut spending is … It won’t make any difference to the deficit anyway.

If all other excuses fail, this is the trump card. Unless the specific cut under consideration completely eliminates the deficit, it’s just not worth doing.

These are today’s Top Ten, but another reason will soon crowd all of these off the list. The interest on the national debt is the fifth largest budget item. The co-dependent Federal Reserve Board has been enabling the government’s addiction to spending by mandating exceptionally low interest rates. When interest for treasuries return to historical norms, we’re in deep trouble. The Congressional Budget Office reported that, “Borrowing to finance that deficit--in combination with an expected rise in interest rates--would lead to a fourfold increase in net interest payments over the next 10 years.”

The really scary part is that the CBO used optimistic assumptions. If the CBO hopeful forecast is close, interest expense would become the third largest budget item, with only Social Security and Medicare drawing more from the national treasury. Then politicians will scream they can’t cut spending because they cannot allow the United States to default on its debts.

Except it won’t be an excuse. It will be the truth.