Coming up with a good book title is difficult. Ideally, you want the title that will grab a buyer’s attention in three or so words. The title is actually only half of a selling partnership. The cover and title work together to entice a purchase. People do judge a book by its cover. The cover entails an image with a few words, and if either appears incongruent, buyers move on to the next offering. 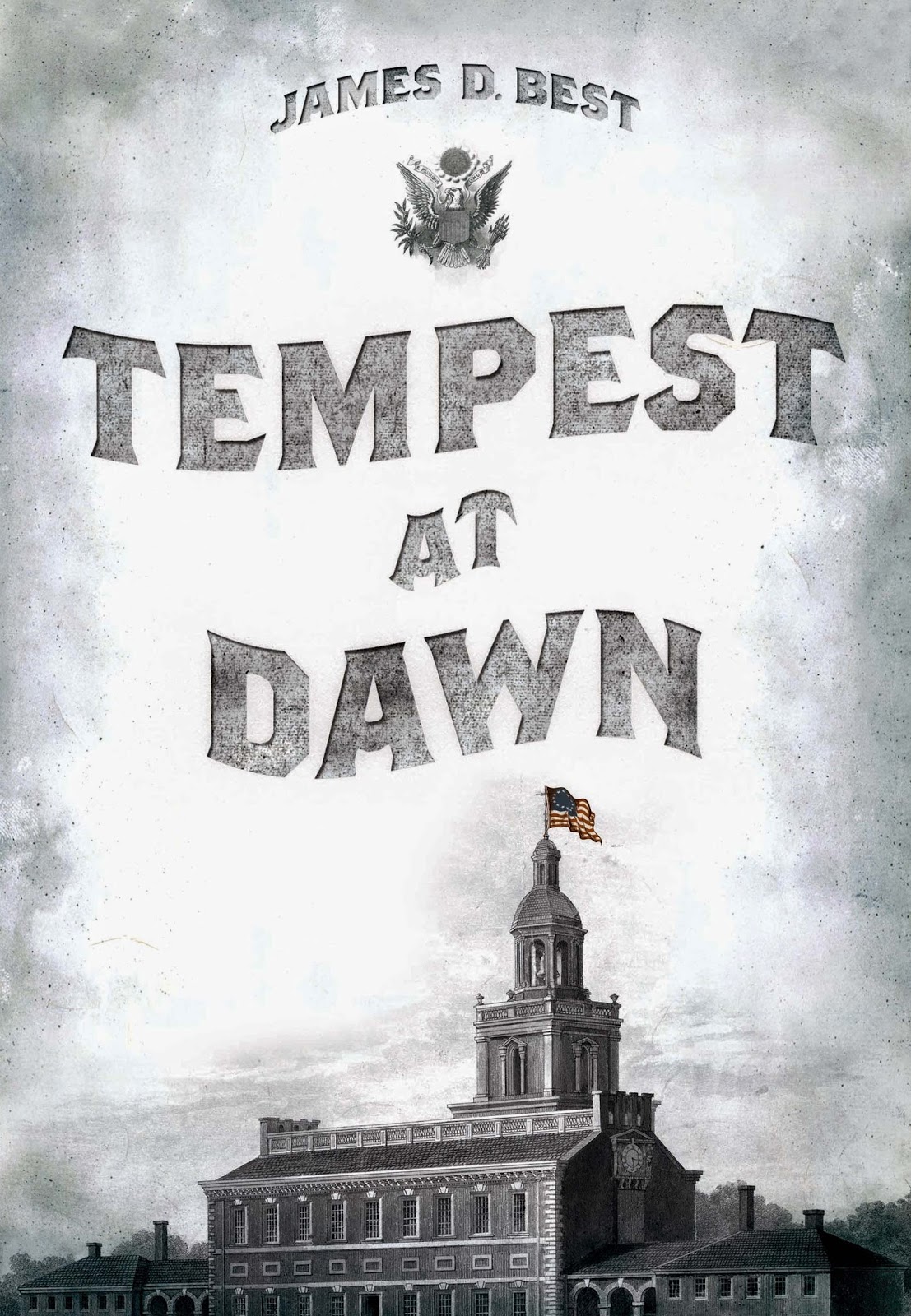 My favorite is Tempest at Dawn. Since the book is a dramatization of the Constitutional Convention, I wanted a title that sounded like a novel, not a nonfiction history book. The cover design put the title in context: a stormy sky over the Pennsylvania State House flying a thirteen star flag. For me, the title evoked a troubled nation at its founding, but some criticized the title as unrelated to the story. I still like it.

In my Western series, I wanted the sub-title prominent to remind readers that there were more Steve Dancy Tales, so I chose simple titles that included:

The covers are black and white because I wanted a design that indicated that these were a different type of Western: different from books with loud, colorful cover illustrations showing action or looming violence. The series has been very successful, so hopefully this is partly due to the covers and titles because I intend to continue the pattern for the remaining books in the series.