Power To The Regulators!


The Founders believed that consolidating executive, legislative, and judicial powers would threaten liberty, so to avoid this tragedy, they built our constitutional framework with checks and balances. James Madison, the Father of the Constitution, wrote in Federalist 47 that “The accumulation of all powers, legislative, executive, and judiciary, in the same hands, whether of one, a few, or many, and whether hereditary, self-appointed, or elective, may justly be pronounced the very definition of tyranny.”

Whew! Thank goodness we avoided that kind of government.

On second thought, we didn’t. Despite the Founders best efforts, Congress has concentrated executive, legislative, and judicial powers into regulatory agencies. Lazy legislators pass vague laws and then permit regulators to fill in the devilish details. Many of these regulatory agencies employ their own adjudication panels with internal appeal boards that judge the rightness or wrongness of their own actions. (A final appeal may be made to outside courts, but usually not until all of the agency’s protocols have run their course.) Lastly, regulatory agencies execute their own interpretation of laws, with—if White House responses to regulatory scandals are to be believed—no oversight by the top executive.

Surely, this can’t be right. It would violate every precept of the Founders. 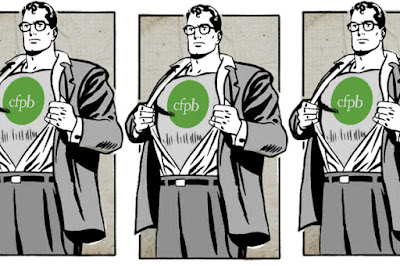