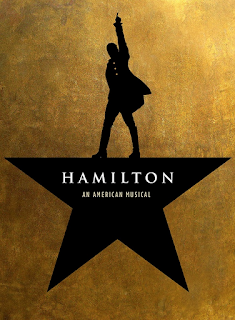 Due to the groundbreaking play, Alexander Hamilton has vaulted skyward to become an icon of popular cultural. It couldn’t happen to a better man. Hamilton was my favorite character when writing Tempest at Dawn. At the time of the Constitutional Convention he was only thirty years of age, yet he had already proved his physical courage and mental agility.
When writing my novel, I used the following excerpt to illustrate the economic conditions faced by the infant nation. Most of the states had not paid off the war bonds that financed the Revolution, foreclosures were rampant, inflation raged, there was no common money, and production, especially for ships and foodstuffs, had declined to the point of alarm. These were the dire circumstances inherited by Alexander Hamilton when he became our first Secretary of the Treasury. In a tour de force, he righted the country’s finances and economy by the end of Washington’s first term.

When Baldwin emerged from behind the building, he failed to notice his friends on the other side of the road, so he walked into the tavern. He spent only a few minutes inside and emerged with a wooden bowl and an oversized spoon. Looking around, he ﬁnally spotted Sherman and Hamilton on the log across the way.

As he took a seat next to Sherman, Baldwin asked, “What’s this?”

Hamilton leaned forward to look around Sherman. “Squirrel, I think.”

Baldwin dipped his spoon deep into the concoction and let the goo plop back into the bowl. “This looks like pig swill.” He ceremoniously turned the bowl over, and they all watched the pottage spill onto the ground in bumpy chunks.

“My money says that blob will still be there on my return trip,” Hamilton said.

Baldwin turned the pear a couple times and then took a huge bite. After a noisy chomp, he spoke with a mouth half full. “I’ll not take that bet; forest animals have more dignity.”