“Government is instituted to protect property of every sort … This being the end of government, that alone is a just government which impartially secures to every man whatever is his own.” James Madison

Does the Constitution protect private property? All rights, not just property rights, appear to have received scant attention during the Constitutional Convention. Most of the delegates believed it would be far more effective to limit government with enumerated powers than to compose a list of rights because they feared an overly powerful government would trample those rights, despite written restrictions to the contrary. If the national government’s powers were held in check, then it was believed that common law and state declarations of rights provided sufficient safeguards to protect all rights. That is, until ratification. Several states unofficially conditioned their ratification on a Bill of Rights being added to the Constitution. The First Congress thus proposed the first ten amendments to the Constitution. 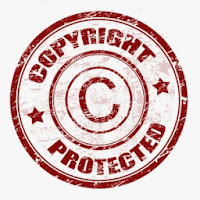 There were only a couple provisos in the base document that protected property rights. States were prohibited from impairing the obligation of contracts, and intellectual property was protected, giving “authors and inventors the exclusive right to their respective writings and discoveries.”

Surely the Bill of Rights rectified this absence of protection for private property. Not entirely. The takings clause in the Fifth Amendment is one of the few outright protections of property. It reads, “nor shall private property be taken for public use without just compensation.’’ It would appear that this clause protects property owners from government confiscation, but cities and states became increasingly brazen in taking property for public domain purposes.  In 2005, Kelo v. City of New London defined public domain so broadly that it effectively included any action forecasted to increase the tax base. The takings issue is an illuminating object lesson that proves the Framers were right on the issue of protecting rights—unchecked power trumps protections written on a piece of parchment.  The clause is clear, yet it has proven a weak shield against the abusive exercise of determined power.

Other actions that threaten property rights include regulatory takings, the disavowal of the rights of bond holders, and aggressive redistribution schemes that shift property from those who have it to those who do not. When an American dies, the government feels it has a stronger claim on the deceased’s property than that person’s heirs. In 1996, President Bill Clinton with no congressional action declared 1.9 million acres in Utah the Grand Staircase-Escalante National Monument. Many Americans have come to fear their government as a real risk to owning property.

John Adams, in A Defense of the American Constitutions, wrote “The moment the idea is admitted into society that property is not as sacred as the laws of God, and that there is not a force of law and public justice to protect it, anarchy and tyranny commence. If Thou shalt not covet and Thou shalt not steal were not commandments of Heaven, they must be made inviolable precepts in every society before it can be civilized or made free.”