The Difference Between Freedom and Liberty 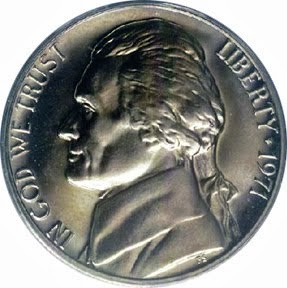 Today, liberty and freedom are used almost interchangeably. In fact, a modern American hears the term freedom more frequently because liberty has become somewhat outmoded. The Founders viewed these two concepts as very different. In their minds, man granted freedom to his fellow man, but liberty came from a higher authority. Every human was endowed with natural rights and the free exercise of those rights was called liberty. On the other hand, a person released from slavery or indentured servitude became a free person.

The history of the world is not solely about rulers, it’s also about people striving and fighting for liberty. Our sense of natural rights is deep inside each of us. Even when rulers rule with an iron fist, liberty is kept alive through stories about heroes who fight against oppression and win. Stories often remind society of first principles and give hope until a leader comes along that can help them to recover their unalienable rights.

What did the Founders think about liberty? Here is what they said in their own words.

“Safety from external danger is the most powerful director of national conduct. Even the ardent love of liberty will, after a time, give way to its dictates. To be more safe, they at length become willing to run the risk of being less free.”—Alexander Hamilton, Federalist 8

“They who can give up essential liberty to obtain a little temporary safety, deserve neither liberty or safety.”—Benjamin Franklin

“If ye love wealth greater than liberty, the tranquility of servitude greater than the animating contest for freedom, go home from us in peace. We seek not your counsel, nor your arms. Crouch down and lick the hand that feeds you; and posterity forget that ye were our countrymen.”—Samuel Adams

“[A] dangerous ambition more often lurks behind the specious mask of zeal for the rights of the people than under the forbidding appearance of zeal for the firmness and efficiency of government. History will teach us that the former has been found a much more certain road to the introduction of despotism than the latter, and that of those men who have overturned the liberties of republics, the greatest number have begun their career by paying an obsequious court to the people, commencing demagogues and ending tyrants.”—Alexander Hamilton

“Rightful liberty is unobstructed action according to our will within limits drawn around us by the equal rights of others. I do not add ‘within the limits of the law’, because law is often but the tyrant’s will, and always so when it violates the rights of the individual.”—Thomas Jefferson

“There are again two methods of removing the causes of faction: the one, by destroying the liberty which is essential to its existence; the other, by giving to every citizen the same opinions, the same passions, and the same interests.”—James Madison, Federalist 10