“There are again two methods of removing the causes of faction: the one, by destroying the liberty which is essential to its existence; the other, by giving to every citizen the same opinions, the same passions, and the same interests.”

Madison believed the greatest threat to democracy was factions, what we call special interests. This wasn’t a theory; it was an observation he made by studying the demise of democracies down through the ages.  If a faction, or a coalition of factions, gained control of the levers of government, then democracy would collapse on itself—usually sooner, rather than later.

To protect America from this threat, Madison and the other Framers devised a limited republic instead of a democracy. Elected officials would make laws, not the people at large. This put a buffer between unbridled passions and lawmaking. A republican form of government would help, but the true shield would be enumerated, balanced, and decentralized powers with potent checks on abuses. The Framers believed that if they could harness government powers, they would reduce the risk of tyranny. This design of the Framers worked effectively for over two hundred years. 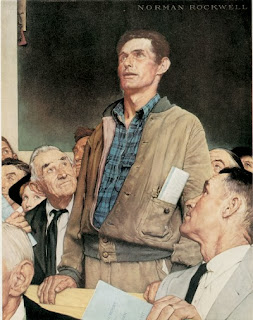 A Danger Greater than Factions

As much as Madison wanted to protect the nation from factions, there was something he feared far more than factions—attempts to eliminate factions.

Factions cannot exist if people do not possess the freedom to form and express opinions. In the above quote, Madison was being facetious with his second method of removing factions. He wanted to emphasize his point that liberty is essential to the existence of factions, and factions are a natural byproduct of a free people.

Democracies can be destroyed by factions; but eliminating the threat requires the withdrawal of the freedom to hold an opinion contrary to the public mood. It may sound like a Catch-22, but the Framers had an answer: let factions thrive, but craft a government that would be enormously difficult to capture as a prize.

We have veered from the Framers design, and now there are few restrictions on federal powers. Constitutional checks and balances are tattered. It may now be possible for a group of determined activists to gain control of an unfettered national government.

This would be dangerous to liberty. As factions fight for control, they trample resistance. Opposing opinions are squashed. Common tactics include:


To some, political correctness and hate crimes may not seem ominous, but they punish thought rather than actions. Some bawl that it’s cruel and unusual to overly punish actions, but revel in tacking on an addition five years for bad thinking during the course of a crime.

It will no longer be America when common citizens are afraid to voice their opinions. How do ordinary people combat oppressive actions? By speaking up. Remain polite, but firm. It takes courage, but America remains the land of the free and the home of the brave.