“The powers of government should be so divided and balanced among several bodies of magistracy, as that no one could transcend their legal limits, without being effectually checked and restrained by the others.” Thomas Jefferson

To a degree, each branch of the national government operates in slight fear that another branch will chastise or even overrule its actions. This was an intended consequence of the design. Madison wrote in Federalist 51, “the great security against a gradual concentration of the several powers in the same department consists in giving to those who administer each department the necessary constitutional means and personal motives to resist encroachments of the others. The provision for defense must in this, as in all other cases, be made commensurate to the danger of attack. Ambition must be made to counteract ambition.”

In Madison’s opinion, liberty can only be protected by power restraining power. The Constitution doesn’t contain any language preserving the boundaries of the three branches. It is up to the three branches to defend their independence with their assigned powers.

Let’s take a look at the checks between the three branches, starting with Congress. 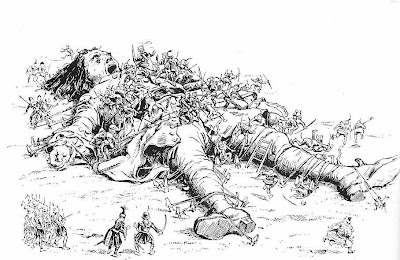 The legislative branch’s checks on the executive include the power of the purse; Senate approval of appointments, treaties, and ambassadors; impeachment power; authority to declare of war; a veto override provision; approval of appointment to fill a vice presidential vacancy, and the president must deliver to Congress a State of the Union address. Although not quite as obvious of a check, Congress can also refuse to pass a bill the president wants.

The legislative branch’s checks on the judiciary include Senate approval of Federal judges; impeachment power; authority to set the size of Supreme Court; and power to establish courts inferior to Supreme Court and set their jurisdictions. If the Supreme Court declares a law unconstitutional, the legislature has the power to initiate a constitutional amendment.

Since Congress is bicameral, it is also self-checking because bills must pass both houses. Additionally, the House of Representatives must initiate revenue bills, neither house can adjourn for more than three days without the consent of the other house, and journals of both houses must be published.

The executive’s checks on the judiciary include power to appoint judges and the authority to pardon.

Additionally, the authority of the vice president and cabinet to vote that the president is unable to discharge his or her duties is an executive self-check.

The judicial check on the legislature is judicial review. On the defensive side, judges are assured independence because their compensation is protected, and they hold their seats through good behavior.

The judicial check on the executive is judicial review. The chief justice also sits as president of the Senate during presidential impeachment.

States as a Check on the National Government

The Founders did not restrict the checks and balances concept to the three Federal branches. The delegates to the Constitutional Convention intended the states to be a potent check on the national government.  They included five provisions for this purpose:

Unfortunately, few in Washington consider the enumerated powers a constraint; Senators are now popularly elected; the 16th Amendment allows Congress to collect taxes on incomes, from whatever source derived, and the Electoral College is under attack.

Money is power and some are interpreting the 16th Amendment’s open-ended taxing authority as an overt expansion of national powers. For example, this argument has been used by the executive branch to defend Obamacare as Constitutional.

Other Checks on the National Government

The separation of church and state is really another separation of power because it denies rulers the claim of divine right. By the late eighteenth century, a free press was generally seen as a check on all governments, local and national. The Founders intended the ultimate check on the national government to be the people. John Adams wrote, “There is a simple sense in which at every election the electorate hold their representatives to account, and replace those who have failed to give satisfaction. This fundamental check is, we might say, the essence of the liberty to be found in representative government.”

The Founders harnessed their new government with Lilliputian ropes that would hold it in place so it didn’t trample the little people. Like Gulliver, our behemoth national government has shrugged off one constraint after another until there are no practical limits to its power. All three branches regularly overstep their boundaries as if each were given unchecked authority. The states are currently struggling to reassert their rightful place in a federal system. The general welfare, commerce, and necessary and proper clauses have all been used to circumvent enumerated powers. As a result, the national government has few acknowledged constraints except for the ballot box.

The ballot box is still a potent check on runaway power. As Alexander Hamilton said in Federalist 21, “The natural cure for an ill-administration, in a popular or representative constitution, is a change of men.”
Posted by James D. Best at 7:20 AM