The Founders on Power

The Founders distrusted overly strong governments. That’s why they engineered a limited republic. Today, Americans seem to turn to their government to validate and protect real and presumed rights, and increasingly rely on government to guarantee the substance of life. Many modern Americans embrace national authority and fight to enlarge governmental powers.

The Founders would be appalled.

“In our governments the real power lies in the majority of the community, and the invasion of private rights is chiefly to be apprehended, not from acts of government contrary to the sense of its constituents, but from acts in which the government is the mere instrument of the major number of the constituents. Wherever there is an interest and power to do wrong, wrong will generally be done.”—James Madison 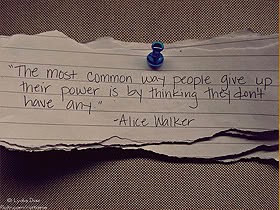 “A mere demarcation on parchment of the constitutional limits of the several departments, is not a sufficient guard against those encroachments which lead to a tyrannical concentration of all the powers of government in the same hands.”—James Madison

“No wall of words, that no mound of parchment can be so formed as to stand against the sweeping torrent of boundless ambition on the one side, aided by the sapping current of corrupted morals on the other.”—George Washington

“The great security against a gradual concentration of the several powers in the same department consists in giving to those who administer each department the necessary constitutional means and personal motives to resist encroachments of the others. The provision for defense must in this, as in all other cases, be made commensurate to the danger of attack. Ambition must be made to counteract ambition.”—James Madison

“It is jealousy and not confidence which prescribes limited constitutions, to bind down those whom we are obliged to trust with power. … In questions of power, then, let no more be heard of confidence in man, but bind him down from mischief by the chains of the Constitution.”—Thomas Jefferson

“The Executive will be always increasing here, as elsewhere, till it ends in a monarchy.”—Benjamin Franklin

“It is of the nature of war to increase the executive at the expense of the legislative authority.”—Alexander Hamilton, Federalist 8

“The authority of magistrates is taken from that mass of power which in rude societies and unbalanced democracies is wielded by the majority. Every separation of the executive and judicial authority from the legislature is a diminution of political and increase of civil liberty. Every check and balance of that legislature has a like effect.”—Gouverneur Morris

“It only remains to know which power in the constitution has the most weight, for that will govern; and though the others, or a part of them, may clog, or as the phrase is, check the rapidity of its motion, yet so long as they cannot stop it, their endeavors will be ineffectual, the first moving power will at last have its way, and what it wants in speed is supplied in time.”—Thomas Paine, Common Sense

“The ultimate authority, wherever the derivative may be found, resides in the people alone.”—James Madison

“When a people shall have become incapable of governing themselves and fit for a master, it is of little consequence from what quarter he comes.”—George Washington
Posted by James D. Best at 8:37 AM