"Wherever the real power in a Government lies, there is the danger of oppression." James Madison

An idea is powerful. It can change the world. A great leader may be able to alter the course of history, but without instilling new ideas, the world resumes its old course. When an idea or value is shared by the majority of a community, it becomes a cultural linchpin. That culture will not change until that idea is jerked out of the general consciousness and replace with a different idea. 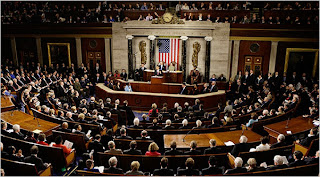 Constitutionalists share an idea. At one time, most Americans subscribed to this idea, but no longer. What is this idea? Fear of overly powerful government.

It sounds simple. But this fear was the overriding emotion that drove the Framers to design a republic with limited national powers. Inside the State House, which we now call Independence Hall, the delegates’ fear of government was strong and universal. Their entire focus was on constraining, checking, and decentralizing government power. This had never happened in world history.

Governments are supposed to wield power, but the Framers worked against this purpose. This is especially surprising when you consider that they were replacing a failed government under the weak Articles of Confederation. The natural reaction would be to go to unbridled strength to halt the collapse of the United States—a country in which they had invested blood, fortune, and honor. The most learned men in the country locked themselves in a room for four months and designed a counter-intuitive government. Were they right or wrong?

Ideas are powerful … and proponents of a strong central government can’t change society until they rip out the Framers idea that it's prudent to fear big government. They need to shed us of that stodgy idea that an overly powerful government is dangerous. Look, it’s just Big Bird, big smiles, happy talk, and stuff … lots and lots of stuff.

Government is good is an idea that has seeped into our culture with decades of campaigning. Has it penetrated the thinking of enough Americans so they willingly abandon limits on centralized power?