Fear of an Overly Powerful Government—As American as Apple Pie

Advocates for limited government are accused of wanting no government. It’s a straw man argument that in essence says we must keep every little piece of government or nothing at all. Limited government advocates do not want to eliminate all government, they only want to return government to its rightful place. 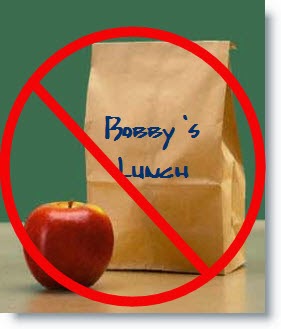 Today, many people believe the government should take care of them. The government should right every wrong and insure a fair distribution of necessities. The sad truth is that making sure everyone has shelter, food, health care, training or education, protection against disability or unemployment, and a risk-free retirement is expensive. Government services in excess of national income can work for a long time—decades even. Basically, it’s a sly way of buying votes with the next generation’s money. Unfortunately, it can’t last. Once the interest on the borrowed money starts claiming a big piece of the current budget, the responsibly can no longer be foisted onto the next generation, and the fiscal charade begins to crumble.

Why are people not only unafraid of government, but enamored with big government? This is partly because proponents of an ever-bigger government have deftly deflected people’s fears toward corporations, religion, unseen contaminants, and even the weather. Big, bad corporations ruin people’s lives, and religion wants to tell everyone how to behave. If the government doesn’t take control, the seas will invade our homes. The statists are always bellowing that these are the real enemies, and only the government can protect people from abuse or worse.

The fear of corporate America is not rational because business power is relatively dispersed and transitory. The Fortune 500 companies represent less than 20 percent of the economy, and companies move onto and off the list all the time. Tens of thousands of other companies and small businesses make up the remainder of the private sector. That means that on average, each Fortune 500 corporation is involved in far less than 0.5 percent of GDP. The national government, on the other hand, controls 25 percent of the economy and government at all levels controls 41% of the economy.

A corporation might have a capability to raise prices above what some see as appropriate, but the government can raise taxes to unrestrained levels. Conveniently, the government does not include taxes in their calculation of inflation. And all of this spending threatens liberty. Corporations can touch your wallet; government will touch your life.

People who fear corporate America tend to pick and choose which corporations are good and bad based on an emotional attachment. For example, few people believe their own employer or the purveyor of the latest technical gizmo is part of the problem. The Founders would be astounded. They believed any entity with outsized power would eventually be controlled by someone with nefarious intent. It is the concentration of power that should be feared, not whether the organization makes cool products or professes to do no evil.

George Washington said, “The people are not yet sufficiently mislead to retract from error … Evils, which oftentimes in republican governments must be sorely felt before they can be removed.” Have the problems of bloated government been sorely felt yet? Compared to just a few years ago, it’s startling how many people are aware of how our borrowing is jeopardizing the lives of our children and grandchildren. Everyone has not been convinced, however. There are still far too many people who staunchly believe the government is benevolent and can effect great change to make more and more people happy and comfortable in their chosen lifestyle.

Fear of an overly powerful government is healthy. The lesson from the origins of the American Republic is that if more government is deemed necessary by the people, then those government responsibilities should be dispersed to the national, state, and local levels so power is not concentrated in one place. We need to remind every American, and every generation, of this vital lesson from our Founders.
Posted by James D. Best at 6:08 AM