Here’s an idea on how to fix Congress! 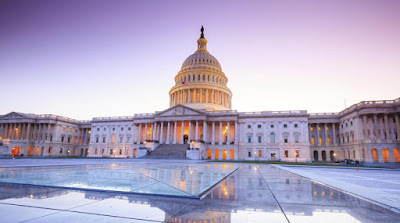 My grandson graduated from middle-school, so I’ve been in New York City for the last week. My visits are always fun because my three New York grandchildren will have it no other way. Sometimes we get time to do something other than attend school events, sport games, and dance recitals. Yesterday, I met an old friend from Arizona for lunch. Michael E. Newton wrote Alexander Hamilton: The Formative Years and other nonfiction history books. Hamilton, of course, played a major role in Tempest at Dawn, so despite my emphasis on fiction, we developed a friendship based on a shared love of history.

After discussing book marketing, writing projects, and American history anecdotes, Michael shared a modern-day political idea that has shown some recent popularity. A congressperson today represents an average of 710,000 people. When we adopted the Constitution, each member represented no more than thirty thousand people. Michael suggested that we return to an upper limit of thirty thousand constituents. I laughed. That would make the United States Congress as large as the Star Wars Imperial Senate. I told Michael I didn’t want to pay taxes for a building large enough to hold so many representatives. He asked why they needed to be in a single building? In fact, why did they need to be in Washington D.C at all?

The intent of this movement is to make the House of Representatives once again answerable to the people.  If congresspersons remained in their districts and participated electronically with Congress as a whole, then they would be surrounded by their constituents rather than lobbyists and the House leadership. Further, if a congressperson only represented thirty thousand citizens, individuals would have more personal contact with their representative and greater influence over legislation. If we could pull this off, we would decrease the power of lobbyists and the establishment by geographically decentralizing the House, while increasing the power of the people by making their representative a neighbor.

An additional benefit is that staff salaries and office expenses would siphon money out of the richest zip codes in America and disperse it to the hinterlands, from where it came in the first place. I count that as win/win.

Are there negatives? Of course. The senate would undoubtedly be further captured by lobbyists, the media, and party apparatchiki. They’ll probably even become haughtier, if that’s possible. But wait, there’s more. We could send senators out to state environs, as well. Maybe we require them to work in the state capital, maybe even the capitol itself. The Framers wanted the Senate to protect the states, and this might move us closer to the Framers’ vision. Although senators would remain popularly elected, proximity to local politicians would provide the states with additional influence over their prima donnas.

The whole idea is a pipe dream, but an intriguing pipe dream nonetheless. Maybe we could bribe them to go along by doubling their salary. It would be a bargain at twice the price.

Read my essay at Constituting America on the personal price of serving in Congress. 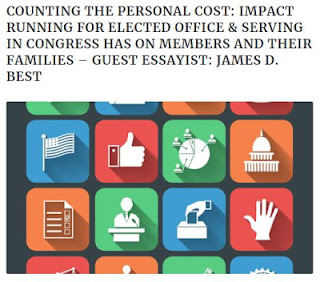