I pledge allegiance to the flag of the United States of America, and to the Republic for which it stands, one Nation under God, indivisible, with liberty and justice for all.


At the close of the Constitutional Convention of 1787,  Franklin was queried as he left Independence Hall on the final day of deliberation. In the notes of Dr. James McHenry, one of Maryland’s delegates to the Convention,  a lady asked Dr. Franklin “Well Doctor what have we got, a republic or a monarchy.”  Franklin replied, “A republic . . . if you can keep it.” 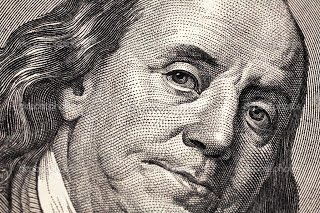 Our Constitution created a limited representative republic.  A republic is different from a democracy.  In a democracy, the majority can directly make laws, while in a republic, elected representatives make laws.  Basically, in a pure democracy, the majority has unlimited power, whereas in a republic, a written constitution limits the majority and provides safeguards for the individual and minorities.
In the United States, we actually have both systems.  There is no way for Americans to directly enact legislation at the national level, but half of the states allow ballot initiatives which, if passed by a majority of the voters, have the force of law.
The Founders’ intent at the national level was a representative republic.  The word democracy is not mentioned in the Constitution.   Most of the Founders distrusted pure democracy.  Some had been frightened by Shays Revolt and equated democracy with mob rule. Others were convinced by Madison that different factions would come together until they formed a majority, and then take advantage of those who were not members of their coalition. In fact, Madison showed that throughout history, this phenomenon had destroyed every experiment in democracy.
John Adams wrote that “There never was a democracy yet that did not commit suicide,” and James Madison wrote in Federalist 10 that “Democracies have, in general, been as short in their lives as they have been violent in their deaths.” The reason pure democracies fail is that majorities learn that they can legally take property and/or liberties away from others. Those subjected to abuse can be anyone outside the majority coalition, and their minority status can be based on race, religion, wealth, political affiliation, or even which city or state they reside in. Demagogic leaders become adept at appealing to the emotions of jealousy, avarice, and entitlement. They also denigrate opponents in order to justify prejudicial actions taken by the majority.  Soon, oppression of minority classes causes enough conflicts to collapse the democratic process.
A major difference between a republic and a democracy is immediacy. The Founders wanted laws made by representatives in order to put a buffer between popular passions and legislation. In a democracy, decisions are made in the heat of the moment, while periodic elections in a republic provide a cooling off period. To a great extent, democracies are ruled by feelings, while in a republic, the rule of law governs. In a republic, politicians can take principled actions that go against the will of many of their constituents with the knowledge that they will be judged by all the actions they take during their entire term in office. Political leaders are also given time to explain the reasons for their actions.


Of course, if an elected official does something grievously offensive, then the voters can follow the advice of Alexander Hamilton, who in Federalist 21 wrote, “The natural cure for an ill-administration, in a popular or representative constitution, is a change of men.”
When the people’s will is thwarted, regular elections give them the opportunity to dismiss their representatives and appoint new ones.
Posted by James D. Best at 10:01 AM