The Founders on Limited Government

James Madison wrote, “The essence of Government is power; and power, lodged as it must be in human hands, will ever be liable to abuse.”

Fear of an overly powerful government was a basic principle of the Founders. They firmly believed liberty could not exist with unrestrained government.  Many modern Americans find this belief odd or quaint. After all, a powerful government is needed to right all the wrongs in this world. And there are so many wrongs. Certainly benevolent rule is preferable to wrongs perpetuated on innocent people. Except all-powerful government has been the norm throughout history … and people have been duped, subjugated, robbed, imprisoned, and even murdered by governments.

The Founders weren’t paranoid; they came by their fear of power through personal experience and their study of history. They believed governments oppress and liberty depended on decentralized authority and potent restraints on the abuse of power. 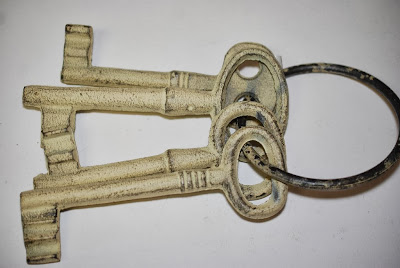 To prevent the government from becoming overly powerful, the Founders used a number of techniques:

Here is what the Founders said about limited government in their own words.

It is to be remembered that the general government is not to be charged with the whole power of making and administering laws. Its jurisdiction is limited to certain enumerated objects. — James Madison

The powers delegated by the proposed Constitution to the federal government are few and defined. Those which are to remain in the State governments are numerous and indefinite. The former will be exercised principally on external objects, as war, peace, negotiation, and foreign commerce; with which last the power of taxation will, for the most part, be connected. The powers reserved to the several states will extend to all the objects which, in the ordinary course of affairs, concern the lives, liberties, and properties of the people, and the internal order, improvement and prosperity of the State. — James Madison, Federalist 45

With respect to the words general welfare, I have always regarded them as qualified by the details of power connected with them. To take them in a literal and unlimited sense would be a metamorphosis of the Constitution … [that] was not contemplated by the creators. — James Madison

The plain import of the clause is that congress shall have all the incidental and instrumental powers, necessary and proper to carry into execution all the express powers. It neither enlarges any power specifically granted; nor is it a grant of any new power to congress. —Joseph Story

The powers of government should be so divided and balanced among several bodies of magistracy, as that no one could transcend their legal limits, without being effectually checked and restrained by the others. — Thomas Jefferson

If Congress can do whatever in their discretion can be done by money, and will promote the General Welfare, the Government is no longer a limited one. — James Madison