If the citizens neglect their duty and place unprincipled men in office, the government will soon be corrupted. — Noah Webster

My wife and I are vacationing in Southern California. The warm and sunny weather has made a perfect respite from the storms lashing our home in Nebraska. We both grew up in California, but moved out-of-state twenty-five years ago. We weren’t fed up with the place. A quarter century ago California was still livable. Actually, California is still livable, as long as you have piles of cash and a fondness for government. 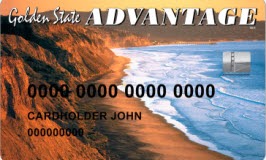 Beltway elites like to fixate on a couple botched 2010 Senate races, but in truth that election was a rout for progressives. Republicans captured an additional 63 seats in the House of Representatives to win the majority, the largest midterm seat change in seventy years. Republicans gained 6 seats in the Senate, but not enough to gain control. Republicans won a record 680 additional seats in state legislatures. Five states saw both chambers switch from Democrat to Republican. In four additional states, Republicans flipped one of the chambers to give them control of both chambers. In three more states, Republicans increased their control in both houses, and in four states they picked up one chamber to split control of the legislature. Republicans also saw a net increase of six governorships to gain a national majority.


It seems everyone got the memo … except California. Democrats retained control of both houses of the legislature and increased their majority in the lower house. Democrats not only took the governorship away from Republicans, but elected a retread from bygone days. Governor Jerry Brown had last held the office nearly thirty years ago. At that time, Brown was disparagingly called Governor Moonbeam for his hippy ways and he remains a committed progressive. Propositions 25 and 26 presented the coup de grace by eliminating the two-thirds requirement for budget and fee increases, thus completely neutering Republicans. From top to bottom, 2010 was a raging success for Republicans—except in California.

The 2012 election improved Democrat control. They gained a super-majority in both chambers of the legislature and passed Governor Brown’s sales tax increase and a soak-the-rich income tax increase. It didn’t seem to matter that the top 1% of California income earners already paid 50% of the state's income tax.  The state appears to hate the successful, with the exception of the wealthy in Hollywood, sports, and cool technologies.

California is not doing well. Unemployment is 8.5%, a point and a half higher than the national average. The state and its municipalities face unfunded pension obligations that exceed $500 billion. California now has 36% of the nation's welfare recipients. Nearly 10% of people in California rely on food stamps. Multiple cities have filed for bankruptcy. California has 32% of the illegal aliens in the United States. Student spending for K-12 has doubled in the last 15 years, but California has the highest dropout rate in the nation, and it’s the only state with more administrators than teachers.

According to the Wall Street Journal, since 2009 the flight of businesses out of California "has increased fivefold due to high taxes and regulatory costs." Chief Executive Magazine reports that CEOs rank California dead last among the 50 states in business climate.

Roger Hedgecock, former Mayor of San Diego has written “California is a one-party state dominated by a virulent Democrat Left enabled by a complicit media where every agency of local, county, and state government is run by and for the public employee unions.” If voters do something progressives don’t like, they can rely on the 9th District Court in San Francisco to overturn anything that even hints at scaling back a runaway government in Sacramento.

The old adage says that as California goes, so goes the nation. Is this our destiny? I don’t know, but I’m not optimistic. The nation is tipping close to one-party machine politics of the type that rules California. Both the Los Angeles Times and the New York Times laud California’s one-party rule as the perfect solution to gridlock in our nation’s capital. Californians are migrating away from the state, but they're bringing their belief systems with them. I have a relative who embraces all things government. She and her husband moved to Arizona because they found the cost of living much cheaper than in California. Now ensconced in their new home, they'll undoubtedly vote for the same breed of politicians that ruined the once-Golden State.

There is one hope, however. A century ago the axiom was as Maine goes, so goes the nation.
Posted by James D. Best at 11:42 AM