Do we know what the Founders thought?

Two hundred years ago, there were no televised speeches or proceedings, no one captured video of crucial events, and reporters needed to live close to a news event. The Constitutional Convention was so secret they nailed the windows shut and posted guards. Even fifty years after this historic event, the only records of what happened inside Independence Hall were terse official minutes and a few partisan reconstructions. Pundits talk about original intent of the Framers, but do they have a clue? How could anyone claim to know what the Founders thought? 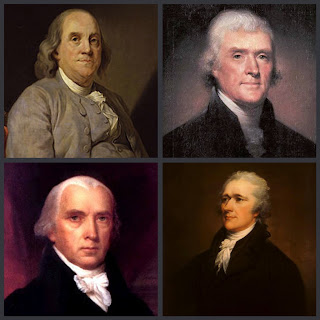 Actually, it’s not difficult at all. They left a massive record. The secret proceedings of the Constitutional Convention were eventually made public after James Madison died. Dolley Madison published her husband’s exceptionally comprehensive convention notes which were in excess of 230,000 handwritten words. Modern students have access not only to the Federalist Papers, but a collection of opinion pieces we now call the Anti-Federalist Papers. The Constitution was ratified by conventions of the people in the thirteen states, and we have good-to-excellent documentation of all of these ratification debates.

People were always writing things down, and we have a treasure trove of material from the period. The Founders were prolific letter writers, and they often wrote about the Revolution, politics, and their opinions. Washington kept an exhaustive diary of his expenses during the Revolution, which tells us where he was and what he was doing almost every day. The First Congress and the states recorded the process of adopting the Bill of Rights. Washington’s two terms are officially documented, as well as recorded by a press that was free, combative, and pervasive.

The Revolution and political founding of our country spanned three decades, and the process of building a new nation encompassed the intellect and energy of the entire population. Like bloggers of today, pamphleteers spread their opinions to the populous. People gathered in churches, taverns and homes to debate the kind of government they wanted for themselves and posterity. Debate raged across the nation for years as people rationally decided on the best form of government to protect individual liberty.

We know what they thought—and we know their thinking was learned, intense, and at times acrimonious. The problem is that open debate gives everyone a voice, and opinions not only varied between different people, they varied in time within the same person. That’s what real debate does: it changes minds. This means that if someone wants to justify a modern position, they can usually find a quote somewhere that apparently shows that at least one of the Founders thought exactly as they do.

It’s crucial that we learn what the Founders thought so we can understand how they came to the conclusions that they did—because the conclusions are the most important. Never in human history has so much study, thought, and debate went into how to design a government so it wouldn’t grow to become oppressive. Our Constitutional form of government was based on solid, well-thought-out Founding Principles, and we need to study the founding process so we can understand why the Constitution is crucial to life, liberty, and the pursuit of happiness.
Posted by James D. Best at 11:37 AM