Voting rights in the Constitution

Some accuse Constitutional Conservatives of wanting to return our country to slavery and restricted voting rights. This is deflection. Constitutional conservatives want the government to adhere to the Constitution, including amendments, so this argument is specious. Amendments have solidified American positions on these issues and these amendments are part of the supreme law of the land. 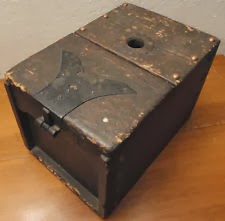 Many also harbor misunderstandings about how the main body of the Constitution addressed slavery and voting rights. Despite obvious shortcomings, by 1775, the American colonies were the most democratic places on earth. In Britain, voting rights were far more limited than in the colonies. Less than ten percent of men could vote in Britain, and those who could vote were selected by local nobility. A far larger segment of men voted in the colonies and the requirements were set by law, not officials. Voting rights traced back to the earliest history of the colonies. Within days of landing in Jamestown, for instance, the first colonists elected an executive officer. Only six men were allowed to vote in this embryonic colony, but from that moment forward, colonists expanded the right to vote to broader segments of the population.


It’s a myth that prior to the mid-1800s only property owners could vote throughout the United States. It varied by state. At the time of the Constitutional Convention in 1787, several states had already dropped the property requirement. That’s why the convention didn’t establish a standard for national elections. States that had expanded the voting franchise to non-property owners didn’t want to deny their citizens the right to vote for members of the House of Representatives, while the states that retained a property requirement didn’t want to rescind the qualification. The convention resolved this conflict by letting the states set voting rights for national elections. (After the Civil War, this device allowed the former slave states to restrict black voting rights.)

Women, of course, could not vote. But this was true throughout the world. This doesn’t make it right, only a general failing. There were women suffrage advocates, and the Framers were well aware voting rights might continue to be broadened. The Constitution reads, “The House of Representatives shall be composed of Members chosen every second Year by the People of the several States, and the Electors in each State shall have the Qualifications requisite for Electors of the most numerous Branch of the State Legislature.” This clause does not restrict the right to vote to men, but it does put the states in control of who can vote for members of the House of Representatives.

The Framers were not infallible, but they were forward looking and assumed the Constitution would be amended as time progressed. Constitutional conservatives believe elected and appointed officials should preserve and protect and abide by the Constitution.

They should also follow George Washington’s admonition that, “If in the opinion of the people the distribution or modification of the constitutional powers be in any particular wrong, let it be corrected by an amendment in the way which the Constitution designates.”