“It is a duty certainly to give our sparings to those who want; but to see also that they are faithfully distributed, and duly apportioned to the respective wants of those receivers.” Thomas Jefferson

There has never been a time in this country where the destitute were denied basic medical care. Doctors made allowances in their billing, and the poor could find hospital care when needed. Prior to 1986 that hospital might not be close by or provisioned with the best doctors and equipment. In those bad ol’ days, the poor were treated at county hospitals. This changed with passage of The Emergency Medical Treatment and Active Labor Act (EMTALA) as part of a larger bill called the Consolidated Omnibus Budget Reconciliation Act, something many of us are familiar with by the name COBRA. (Some politician once muttered that Americans should be fearful of any bill that contained the word Omnibus.) 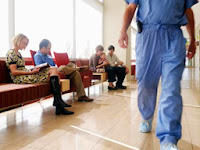 EMTALA mandated that hospitals provide emergency service to anyone who showed up at their door, regardless of citizenship, legal status, or ability to pay. Any hospital that had ever billed Medicare or Medicaid was required to comply. (Government-run Veteran Hospitals were excluded, of course.) There were no provisions in the bill for any payments to hospitals for these services.

The indigent soon learned that emergency rooms had to provide them treatment for any ailment, and the ER soon became the general practitioner for the poor and unscrupulous. The original bill mucked up a working, if unequal system, but politicians were not satisfied. Later amendments extended EMTALA “rights” regardless of age, sex, religion, residence, race, or nationality—in other words, pretty much everyone. Furthermore, care could not be denied based on unpaid services provided during previous visits. Also, non-paying patients could not be discharged due to overcrowding or to make room for paying patients. The piece de resistance was that patients who won lawsuits against a hospital did not need to apply any of the monetary award toward unpaid bills. In fact, the hospital could get in trouble for simply being accused of applying pressure to recalcitrant patients. And finally, upon discharge, the hospital was required to assist the patient in getting follow-on care from a free clinic.

As any reasonable person would guess, EMTALA greatly accelerated cost shifting as hospitals were forced to increase fees to those who did pay to make up for the huge influx of non-paying patients. Although there were always places the poor could get basic medical care, EMTALA redefined access to mean free equal service in the hospital of your choice.

This, of course, was the broken system the Affordable Care Act was intended to fix—they just forgot to tell us that politicians broke the system in the first place. Granted, there are other cost-shifts going on, but most of these are less important than providing free or subsidized care to those who haunt ERs without insurance.

The fatal flaw of the Affordable Care Act is that there is an unlimited demand for highly valuable free stuff ... and nothing is more valuable than health. To solve this quandary, healthcare providers will attempt to slow demand through bureaucratic rules. What they can’t slow or deflect, they will ration.

Free is always an illusion. If health insurance companies are mandated to provide free services, they will bury the cost in another fee, just as hospitals shifted costs to make up for mandated free services. The choice is between the market—meaning all of us—deciding on how to price and allocate goods and services or bureaucrats making decisions for us.
Posted by James D. Best at 7:10 AM