Learning about the Constitution 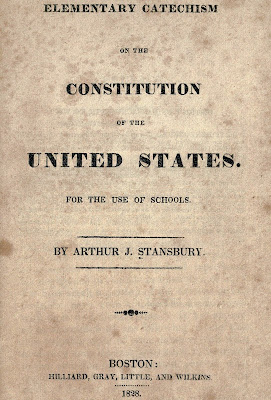 In order to preserve, protect, and defend the Constitution, Americans need to understand it. Luckily, there are some great learning tools available. These include an online course at James Madison’s Montpelier Center for the Constitution, Hillsdale College Online Courses, Constitutional essays at Constituting America, and several good books, including The Heritage Guide to the Constitution, Tempest at Dawn, and Decision in Philadelphia.

The Center for the Constitution at Montpelier conducts a series of seminars on the Constitution. For those who cannot attend in person, the Center has created a free course on their website. The interactive online course includes text instructions, video discussions with constitutional scholars, and quizzes to test the student’s knowledge. I have taken the first of seven sessions and found it to be accurate, not politicized, and paced to keep the student’s interest. The seminars and online course were originally designed for teachers, but work well for any inquisitive student of the Constitution. Continuing Education Units (CEUs) are available after successful completion of the entire course. The course is free, but it cost $25 to claim CEUs.

Hillsdale College has conducted a series of lectures on the Declaration of Independence and the Constitution. This is an extensive video collection of talks, plus a Q&A sessions.

The Heritage Guide to the Constitution

The Heritage Guide to the Constitution is a clause by clause analysis of the Constitution, including the Founders intent and a crisp summary of court opinions related to the clause. This is a great reference book that deserves to be in every constitutional library.

Tempest at Dawn is my novelization of the Constitutional Convention. Many people enjoy learning history told as a story … and this was an intriguing story filled with great characters. Tempest at Dawn is as historically accurate as possible, especially during the debates. I chose the novel form to bring the Framers to life as real people that were struggling with a massive challenge. The book has been used as a reference text in many college and high school courses.

There are dozens of good history books on the Constitutional Convention. One of the best is Decision in Philadelphia by Christopher Collier. If you can find a copy, another great history book is the out-of-print Great Rehearsal by Carl Van Doren.

Hopefully, these sources will help those who want to learn more about the framing, ratification, and meaning of the Constitution. If you want a lighter source of training, Barney Fife has posted a YouTube lecture on the preamble. He does his usual capable job.