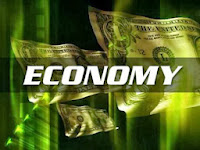 Many think the Founding Fathers were a bunch of old-fogies that lived way before iProducts, and have little to contribute in handling modern economic issues. Those people would be wrong. Today’s biggest problem is a stumbling economy that is not generating jobs. This is only the second time that the American economy has not come roaring back after a downturn. The other time, of course, was the Great Depression, when we were following the same economic policies as we are today.

“The pillars of our prosperity are the most thriving when left most free to individual enterprise.”—Thomas Jefferson

“A just security to property is not afforded by that government, under which unequal taxes oppress one species of property and reward another species.”—James Madison

“That is not a just government, nor is property secure under it, where the property which a man has in his personal safety and personal liberty, is violated by arbitrary seizures of one class of citizens for the service of the rest.”—James Madison

“To take from one because it is thought that his own productivity has acquired too much, in order to give to others who have not exercised equal industry and skill is to violate arbitrarily the first principle of association: the guarantee to everyone of a free exercise of his hard work and the profits acquired by it.”—Thomas Jefferson

“In transactions of trade it is not to be supposed that, as in gaming, what one party gains the other must necessarily lose. The gain to each may be equal. If A has more corn than he can consume, but wants cattle; and B has more cattle, but wants corn; exchange is gain to each; thereby the common stock of comforts in life is increased.”—Benjamin Franklin

“Government is instituted to protect property of every sort … This being the end of government, that alone is a just government which impartially secures to every man whatever is his own.”—James Madison

“I think the best way of doing good to the poor, is not making them easy in poverty, but leading or driving them out of it.”—Benjamin Franklin

“In framing a system which we wish to last for ages, we should not lose sight of the changes which ages will produce. An increase of population will of necessity increase the proportion of those who will labor under all the hardships of life, and secretly sigh for a more equal distribution of its blessings. These may in time outnumber those who are placed above the feelings of indigence. According to the equal laws of suffrage, the power will slide into the hands of the former. No agrarian attempts have yet been made in this country, but symptoms of a leveling spirit, as we have understood, have sufficiently appeared in a certain quarters to give notice of the future danger.”—James Madison, Federal Convention, June 26, 1787

And here is a quote from a modern president.

“If you want total security, go to prison. There you’re fed, clothed, given medical care and so on. The only thing lacking … is freedom.”—Dwight D. Eisenhower