“Wherever there is an interest and power to do wrong, wrong will generally be done.” James Madison

Prior to championing a Bill of Rights in the First Congress, James Madison wrote a revealing letter to Thomas Jefferson in October of 1788. Interestingly, much of the letter was written in a secret code only the two of them shared. The following extract from the letter gives insight into Madison’s mindset and the thinking of many of the Founders. 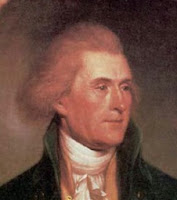 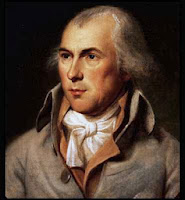 "It is true nevertheless that not a few, particularly in Virginia have contended for the proposed alterations from the most honorable and patriotic motives; and that among the advocates for the Constitution, there are some who wish for further guards to public liberty and individual rights. As far as these may consist of a constitutional declaration of the most essential rights, it is probable they will be added; though there are many who think such addition unnecessary, and not a few who think it misplaced in such a Constitution. There is scarce any point on which the party in opposition is so much divided as to its importance and its propriety. My own opinion has always been in favor of a bill of rights; provided it be so framed as not to imply powers not meant to be included in the enumeration. At the same time I have never thought the omission a material defect, nor been anxious to supply it even by subsequent amendment, for any other reason than that it is anxiously desired by others.
Wherever the real power in a government lies, there is the danger of oppression. In our governments the real power lies in the majority of the community, and the invasion of private rights is chiefly to be apprehended, not from acts of government contrary to the sense of its constituents, but from acts in which the government is the mere instrument of the major number of the constituents. Wherever there is an interest and power to do wrong, wrong will generally be done.
The restrictions however strongly marked on paper will never be regarded when opposed to the decided sense of the public; and after repeated violations in extraordinary cases, they will lose even their ordinary efficacy."

This is an incredibly prescient letter. A good example of Madison’s wisdom would be the Kansas-Nebraska Act (1854). The Missouri Compromise (1820) prohibited slavery above Parallel 36°30′, and pro-slavery forces used the Kansas-Nebraska Act to repeal the Missouri Compromise and allow new states to decide the slavery issue by popular vote. Senator Stephen A. Douglas of Illinois was the strongest proponent of the bill, saying, “The great principle of self-government is at stake, and surely the people of this country are never going to decide that the principle upon which our whole republican system rests is vicious and wrong.” Douglas appealed to egalitarian impulses to expand slavery—a tactic that cloaked malevolence in a pretext of democracy.

Fortunately, Senator Douglas’ crass appeal to the South for a planned presidential run energized an embryotic Republican Party. The new party pitted Abraham Lincoln against Douglas in his next Senate race, but Douglas won that time. However, Lincoln defeated Douglas for president two years later in 1859.

The point is that Madison was right: “the real power lies in the majority of the community” and “restrictions however strongly marked on paper will never be regarded when opposed to the decided sense of the public.” Douglas said, “The great principle of self-government is at stake.” This was a manipulation of the truth. The Founders fervently believed in self-governance, but they created representative self-government, not democracy. There are many other examples in American history, but the Kansas-Nebraska Act is a textbook illustration showing why the Founders avoided egalitarianism. They knew from personal experience that minority rights were not safe in a pure democracy.
Posted by James D. Best at 7:43 AM