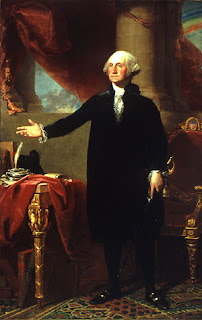 Today is the 226th anniversary of the signing of the Constitution. On May 25, 1787, George Washington officially convened what was called the Federal Convention, which we now call the Constitutional Convention. Fifty-five delegates struggled for four months to define our constitutional form of government. It was a blisteringly hot Philadelphia summer, and all the heat did not come from the weather. Several times the convention nearly collapsed, but these patriots refused to allow the American Experiment to fail.

The Framers would be proud that we continue to celebrate our Constitution, but probably say we picked the wrong date. They would prefer June 21, the date in 1788 when New Hampshire became the ninth state to ratify the Constitution, which made it the supreme law of the land. After all, the delegates did not believe they held the power to define a government. Each firmly believed this power resided with the people.
Posted by James D. Best at 8:06 AM