Why a Written Constitution?

The most obvious reason is that the English Constitution and common law evolved, while our forefathers were starting fresh with a blank slate. As Thomas Paine said in Common Sense, “We have it in our power to begin the world over again. A situation similar to the present, hath not happened since the days of Noah.” 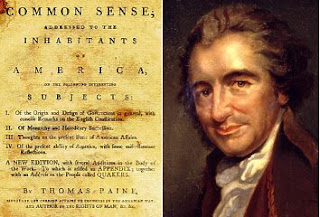 Our national heritage is a written constitution that sets the rules for governance between the people and their elected representatives. If you’re given a fresh start to design a social contract based on reason, where the people hold political power, then you need to lay out the proposed constitution in writing so everyone can study, debate, and approve it.
When Pilgrims landed at Plymouth, they almost immediately sat down and wrote a constitution called the Mayflower Compact. When our forefathers wanted independence, they felt a need to express their grievances and philosophy of government in a written Declaration of Independence.  At the time of the Constitutional Convention, not only did all thirteen states have a written constitution, but most states had formal declarations of rights. Only through the written word can people exert their authority. They can argue over the composition, hash out differences, distribute it for comment and approval, and then constantly refer back to it.
The United States Constitution didn't spring forth from some committee for delegates to vote on without reading it. They read it over and over again and debated every word. Our Founders were serious men, with a serious purpose. During the convention, there were three iterations of the constitution, each one highly scrutinized. As a result, there were many changes and refinements between versions. Finally, the Committee of Style polished the text until it shined. After they got their work the way they wanted, they sent it out to the nation to be analyzed, debated, and ratified.
Our Founders wouldn't have spent so much time on the wording if they intended the Constitution be open to interpretation by whoever happened to be in office or on the court. They wanted it written down because words have meaning and they chose their words carefully.
Some say that a document over two hundred years old cannot provide guidance in a diverse world of speedy travel, instant communication, deadly weapons, skewed wealth, and other modernity. This is a huge misconception. A misconception propagated by those who don’t want to be hemmed in by engineered constraints on the exercise of power. Think about it. Our Constitution isn’t a list of laws that can become obsolete. The United States Constitution defines the relationship of governmental powers to make, execute, and adjudicate laws. The system doesn’t need to change because laws respond to modern needs.
Posted by James D. Best at 7:40 AM